This sensor is utilized for the air-fuel ratio control of the exhaust gas. 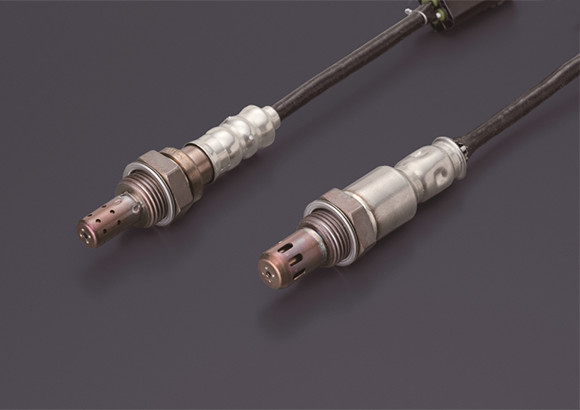 What is oxygen sensor...?

Porous electrodes are placed on two sides of a zirconia ceramic element. When one side is exposed to air and the opposite side to exhaust gas, a voltage is generated in response to the difference in O2 concentration. This property can be used to control the air-fuel ratio. 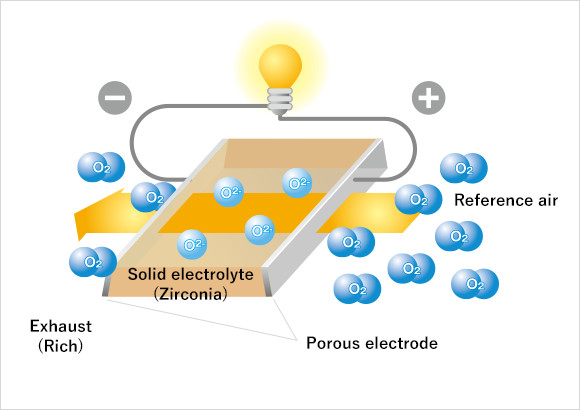 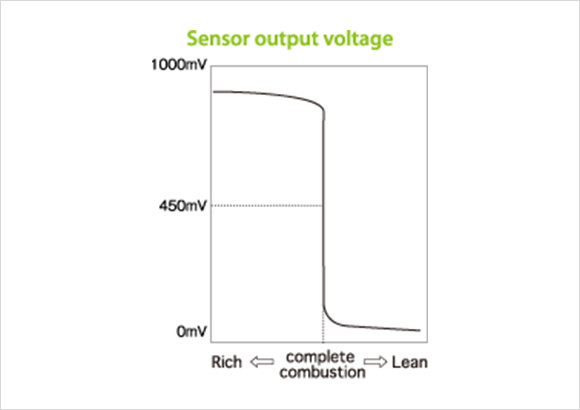 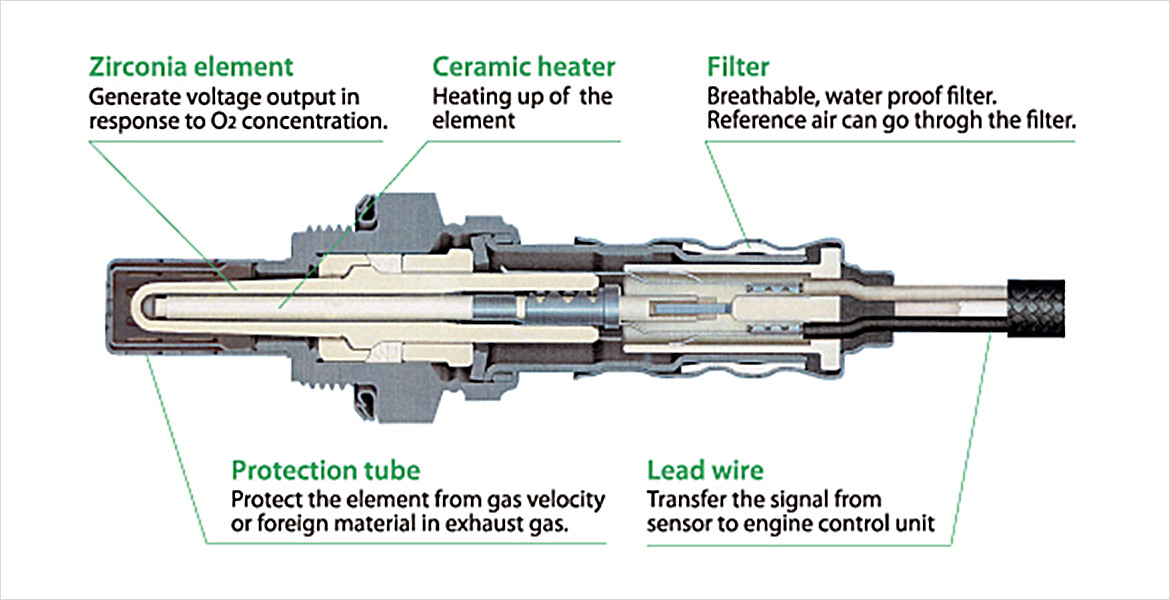 In order to meet strict emissions regulations the catalytic converter (CAT) needs to clean the exhaust gas as effectively as possible. The CAT is most efficient at the stoichiometric air-fuel ratio (the point of complete combustion) as shown in the right figure, therefore controlling engine fueling in a narrow window around this point produces the cleanest exhaust gas. 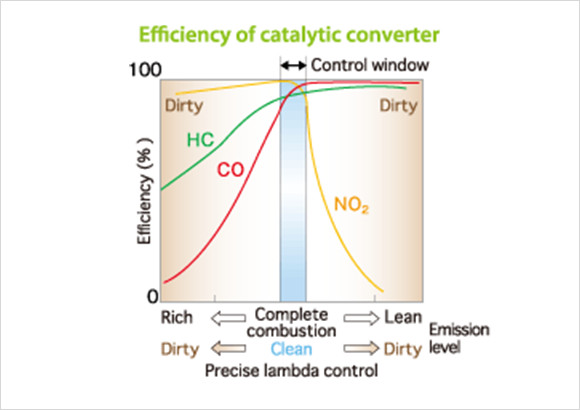 Since the zirconia oxygen sensor outputs 0 to 1 volt, depending on the exhaust O2 concentration, the sensor signal can be used to control fuel injection and ensure nearly stoichiometric combustion, resulting in clean exhaust. Oxygen sensors are also used downstream of the catalytic converter for the purpose of diagnosing its performance and detecting degradation of the CAT. In modern vehicles, one upstream and one downstream sensor is used on each exhaust bank. Thus, a vehicle equipped with a V8 engine would use a total of four oxygen sensors. 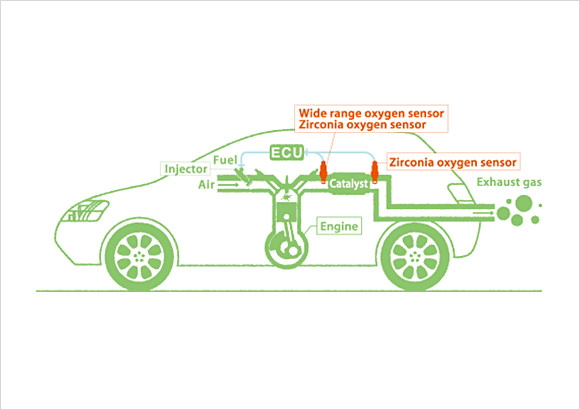 Emissions regulations for motorcycles are tightening. Demand is increasing for emission systems with air-fuel ratio control and catalytic converters, similar to those used in automotive applications. Non-heated sensors can be used on motorcycles where the sensor is mounted in a high temperature location near the engine, while heated sensors are available for installations where the exhaust gas is cooler. 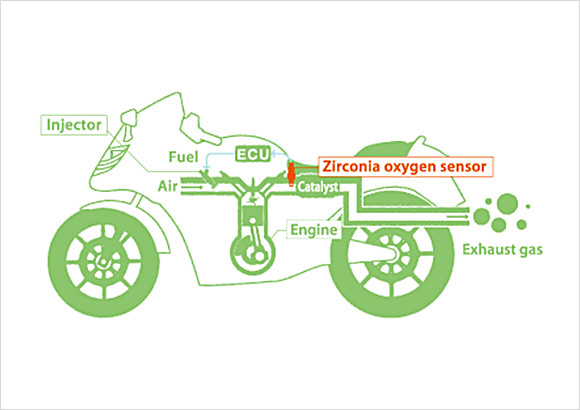 Oxygen sensors are also used for combustion control in non-road applications, such as small engines, lawnmowers, generators, as well as agricultural and industrial applications. 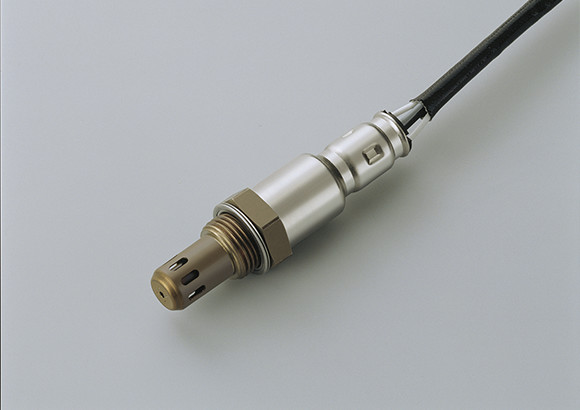 As a central component of emissions treatment systems, oxygen sensors are the most commonly used method of air-fuel ratio control. They deliver high performance and reliability to meet strict emissions regulations. 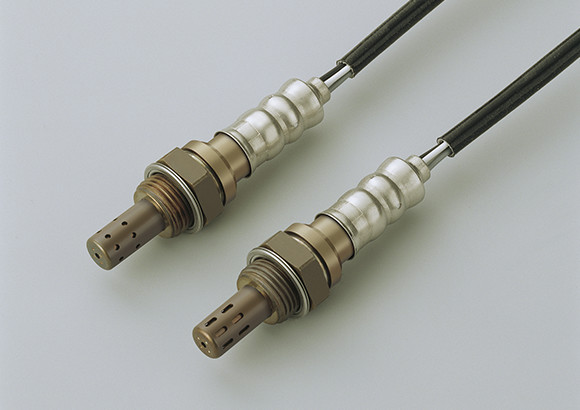 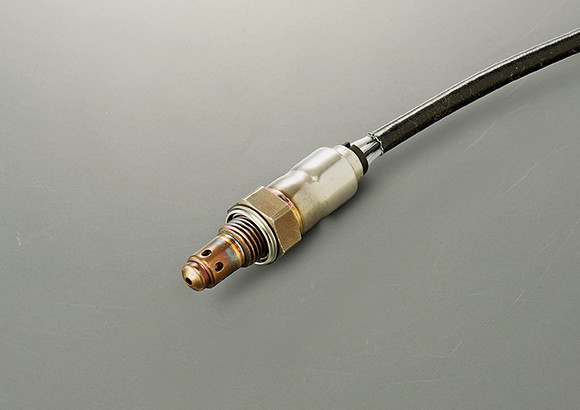 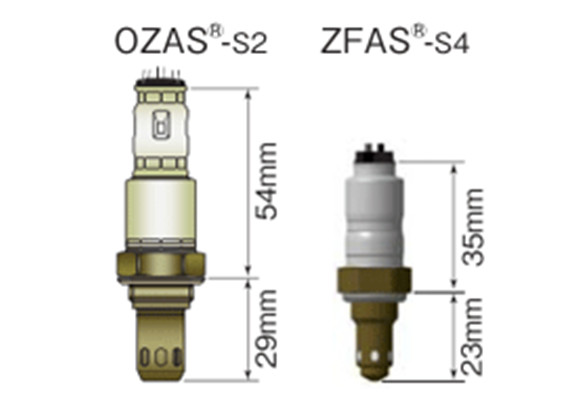 Small and lightweight heated oxygen sensor for applications, such as motorcycles with limited space for installation. The sensor body design is dramatically smaller than a conventional oxygen sensors such as OZAS®-S2. A planar element is incorporated for fast activation. 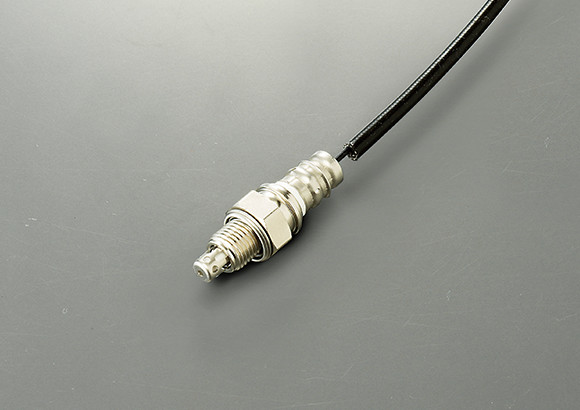 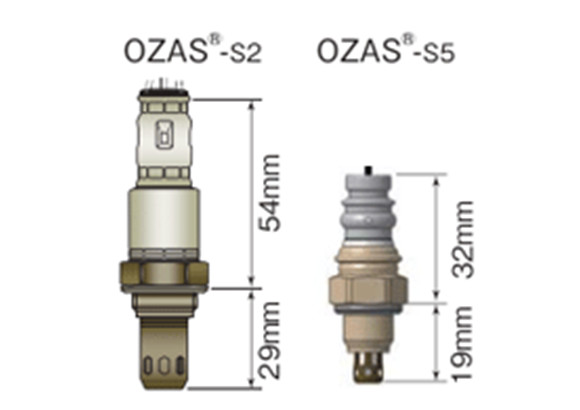 Small unheated oxygen sensor which uses heat from the exhaust gas and does not require any electrical power. Its use is expanding in motorcycle applications with high temperature exhaust. The small sensor body allows flexibility for installation.